There are only five of the boys left now, and even though they all fit around the kitchen table, they don’t really have much to say.  Lee drivels on about how there once were six and now there are five like this is some surreal out of body experience and not exactly how the game works.  Every single time.

Thankfully, Osher wastes no time with the date card, which Matty grabs with shaking hands and throbbing loins.

“Let’s get our hands dirty,” he reads tremulously, giggling.

“Mud bath!” shouts one of them.  Seriously, guys.  Even if that was the activity, why have none of you realised that it would be the boys in the mud bath, while Georgia would be standing on the sidelines with Osher adjudicating over who makes the least dick of themselves?

Well there’s someone who is facing his thinking cap the right way.  The chosen boy will indeed be re-enacting a scene from a Patrick Swayze film:

Warm, but no cigar.  Lee’s the guy who is going to find out.

Georgia wants to know where she stands with Lee.  In the absence of Google maps, my best estimate is that they are on a jetty near a lake. Sydney has yet again put on a miserable day of weather, which incongruously reminds Georgia of her favourite movie, Dirty Dancing.  John, the dirty dancing instructor (and let that be a lesson for you about the importance of punctuation) comes in and gives them some tips, which reduces down to a WHS briefing which still failed to mention avoiding narrow shoulder straps and chiffony mullet dresses if you are going to be flung into the air by a clumsy male untrained in the dance arts. But after half a dozen attempts they manage to nail the move and Lee says that there is nothing more sexy than kissing Georgia in the rain.  Yet another of the boys lacks imagination.

We cut back to the house where some sort of pointless conversation is taking place, but the real purpose is for Matty to execute a shameless product placement for KFC.

Back at the date, and in place which Lee must be finding far less sexy than a rainy paddock (ie. inside), Lee produces a giant pair of spectacles.  One wonders why we have never seen these in any of the previous eight episodes.  Georgia doesn’t even bat an eyelid, thankfully, because for sure he would have responded with something about being blinded by Love.

He should have stuck to Dad-jokes, because bespectacled, serious Lee goes down the whole “I can’t share my feelings because you are still dating four other men,” path and Georgia’s mouth twists into that grimace usually reserved for tossers like Sam and Rhys.  He recovers himself with a pile of schmaltzy clichés and they share a kiss, but Georgia doesn’t speak of butterflies and no rose is produced.  I guess Lee can give Brains his glasses back:

Next up is the group date.  Georgia has decided she loved that “Georgia, Georgia. Eyes of shining blue…” thing a few cocktail parties ago, and that the boys are going to write and record a song.

“Totes awesome!” squeals Matty in delight.  I think he even threw in a few frenzied butterfly claps.  Matty, please, curb your enthusiasm.

Osher knows that some of these blokes are going to need a miracle to sound semi-decent, so he enlists the help of JC.  Turns out this isn’t the second coming of Christ after all, when some sort of middle-aged man in teenager’s clothing turns up to teach them.  Georgia breaks them off onto pairs, sensibly choosing Cam for herself.  Courtney and Lee are teamed up together, leaving Matty and Jake to round off the pairings.

Matty, Jake, Lee and Courtney have found a book of Rhys poems lying around the house and have decided to put them to music.

Courtney and Lee opt for a metaphor

“You’re the butter to my knife…

I am incredibly curious about the future tense of that last line. It implies that Courtney has been thinking with his mind up to this point, and given some of the dubious decisions he has made so far, I dread what will happen when he starts thinking with any other body part.

Matty and Jake decide to “gangsta” up their bit of the song, to disguise that neither of them can sing either. Matty’s verse is all centred around the word “wife” because he will make a good one for someone one day, but Jake’s verse is all about how he felt when he first met Georgia.

Recordings done,  JC goes and works his producer magic (maybe he is that JC after all) and the finished product is synthesised within an inch of its life and actually doesn’t make my ears bleed.

Georgia decides that Jake has come out on top, or maybe she feels sorry for putting him through a poetry session with Matty.  But she really wants to see if the connection she made on the first date with Jake is still there and apparently it is because Georgia says, “the connection is still there.”

More than that, she sheds a few tears in her throw away to camera.  No rose, but maybe tears are better.

Cocktail party time and Lee has brought out the specs again and he’s borrowed Brains’ bow-tie as well. 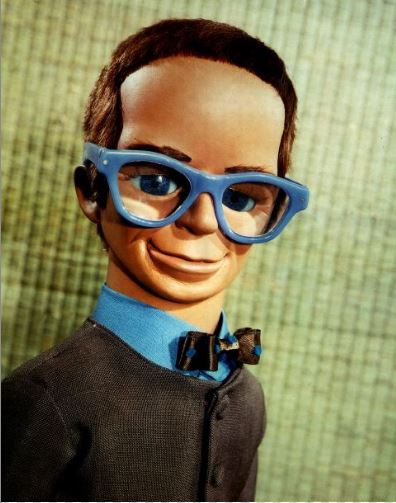 Georgia takes Matty away for a chat. Matty tells her that he feels like a kid counting down to Christmas.  He’s already started his Santa list:

I would like a rose.  I have been a good boy all year and have been very nice to the girls. And I fetched the KFC and didn’t even steal any chips on the way back to the kitchen.

From your best boy,

And he has pissed her off again, this time by going on about how there are other guys in the house. It is a pointless discussion, one which at least one bachelor and one bachelorette in every series in every country brings up sometime.  It seldom bodes well for the person who brings it up, and Rhys has already gone home because of it.

Yet, Georgia still says she doesn’t want to give up on him. Aaaaaaagh!!

There are only four roses.

There is just too much percussion for this to end well….

I made a promise to myself that I was going to stop swearing too much in these blogs.  Wrong week to make that vow.

I am fucking gutted.

Cameron, go home to Western Australia and give Nikki a call.  Restore equilibrium to the universe.