It’s back.  The third instalment of Bachelor in Paradise Australia.  This is the show where all of those rejects from seasons of Bachelor and Bachelorette past come to try to make their Instagram dreams come true.  But there’s an even bigger reason to be here this year – the appearance fee is better than Jobseeker.

We should know the premise by now.  A seemingly never-ending bunch of singles is inflicted on Fiji and the world’s hardest working and least acknowledged bartender.

The first one to arrive is runner-up on Angie’s season of The Bachelorette, Timmmmmm.  He’s a good choice to be the first one, because he is a one man party – just give him fifteen mojitos and a memory foam day bed and he fills in the blanks.  It’s not long before he’s sitting on the swing chair pashing the air. 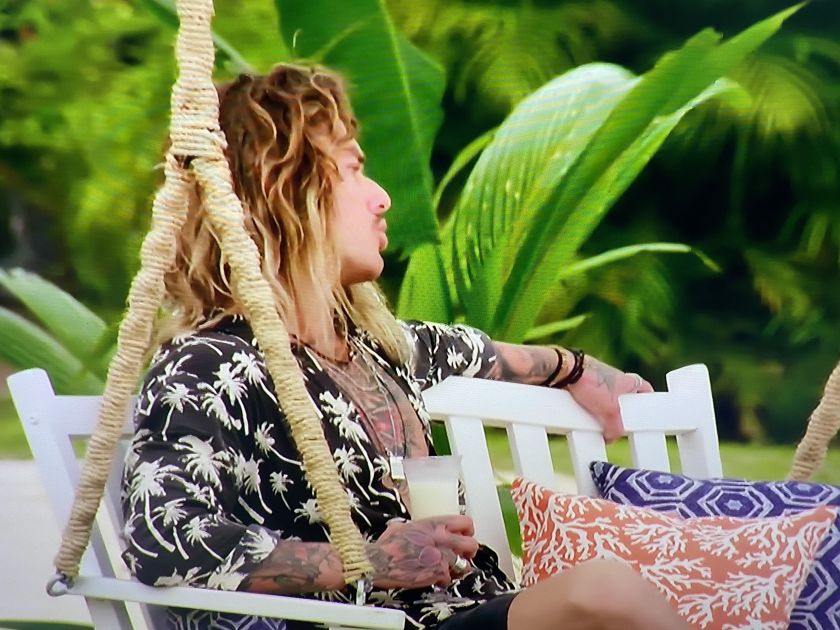 Like Timmmm, she was jilted at the final moments of her season, and I still get much pleasure when I conjure up the memory of her stumbling through the African bush willing lions to rip Matt Agnew limb from limb.  Clearly she got over this pretty quickly, because she tells us all that she has been spending her down time trolling Ciarran on the socials. He’s exactly what she wants in a man, just like Matt was exactly what she wants in a man, and it ‘s so uncanny…Matt and Ciarran could be twins. 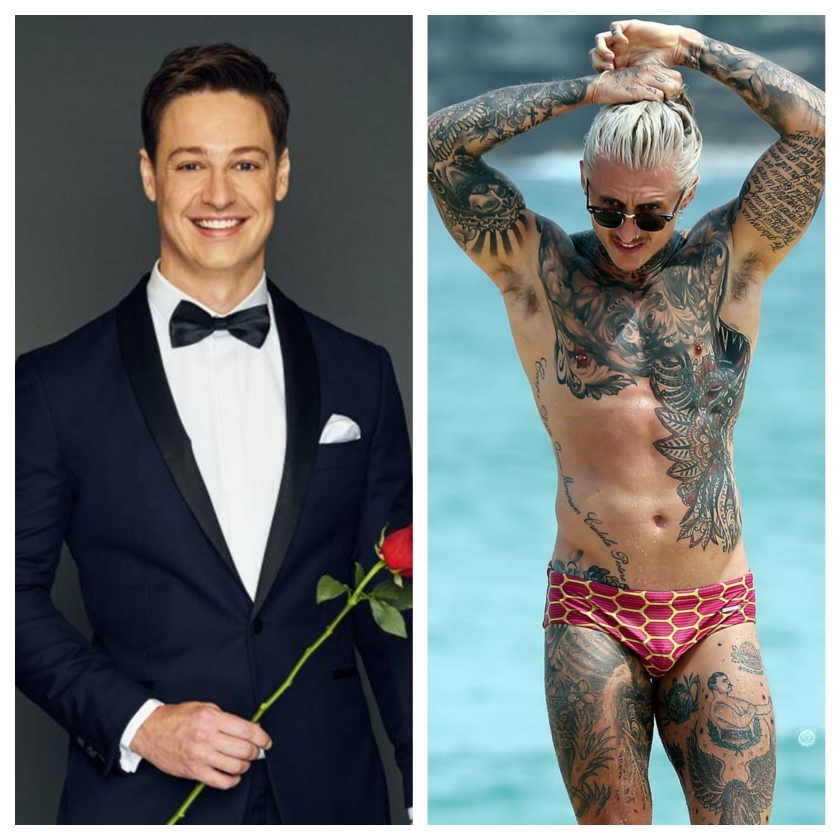 But for the moment she remains bitterly disappointed.  Next in is Helena – she who was so determined that reality television romance was not for her, that she had to come back just to prove it.

A (short) string of Brittneys arrive next – Britt the Jilted, from Honey Badger’s season, and Brittney the Crazy Conga lady.

This is Brittney’s third crack at love.  She was rejected by the Honey Badger and nobody took her on a date on Season 2 of Bachelor in Paradise either.  Her parents have given her a little bit of advice – just be a bit quieter so as not to scare off the boys…

“HEY EVERYBODY!!! I’M HEEEEEERRRRRE! COME AND GET ME!”

To everyone’s relief, another bloke comes in next.  His name is Glenn. Apparently he was on Angie’s season and I realise I must be getting old and my mind is going because I can’t recall him at all, but then I am vindicated by none of the others remembering him either.

He’s followed by Niranga.  His role in Angie’s season was to be the guy she would never pick, but just above the two crackpots the producers put in for comic value. The camera barely lands on him this time, and it looks like he’s here for the same reason.

And then along comes Mary.  Mary just has to stay.  Her insightful commentary was THE HIGHLIGHT of Matt Agnew’s Bachelor.  She calls a spade a spade, and she knows whose using their spade to stir shit, who’s using it to dig themselves into a hole, and more importantly, who should be clobbered over the head with it.

The assembled crew continue to ply themselves with exotic cocktails when they are distracted by a rustling in the bushes.  They turn to see a dishevelled figure in a fluorescent yellow frock emerge from the shrubbery.  She stumbles off her heels and it is clear that this waif got lost on the way home from her school formal in 1996, and has had nothing to eat since.

No-one recognises her because Richie’s season was on before most of the others were born, but they welcome her anyway and ask the bartender to chuck a few more bits of fruit in her cocktail, lest she pass out from hunger in front of them.

Jake Ellis, last seen leaving Bachelor in Paradise with Meghan is back.  He’s starting to look a little long in the tooth compared to the rest of the guys, and there is no further proof than Abby not giving hm a sideways glance, and Abby gives at least a sideways glance to all the boys.  She is dejected.

By this time, Timmmm has decided to change into a pair of Speedos.

“I can see his avocados!” warns Mary, and yes, Timmmm – it is too soon.

But avocados are quickly forgotten.  Ciarann has arrived.  The very thought of it has sent Abby into a flurry of faux flapping and giggling and running away and running back again, and Mary sums it up perfectly. 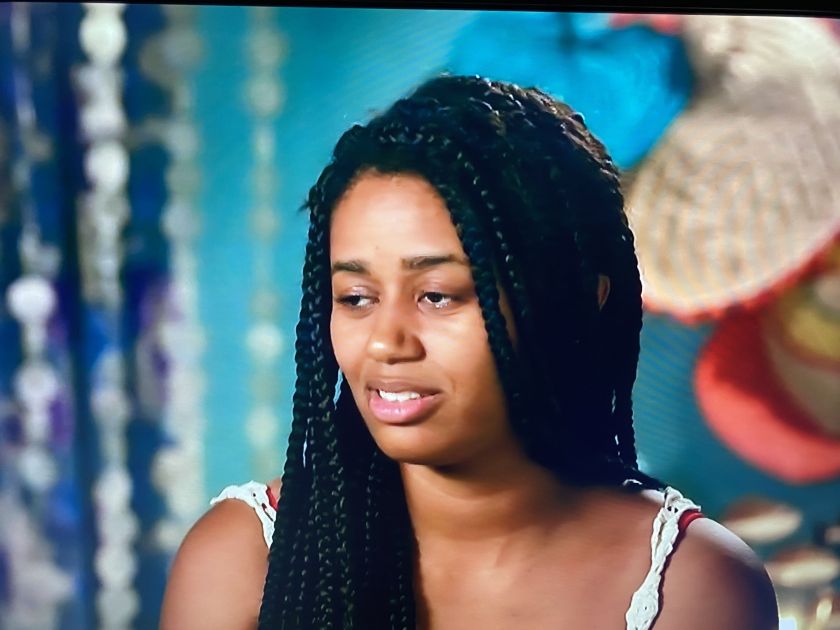 Or maybe it’s just his impressive bunch of grapes.

And he’s multi-skilled too.  In seconds he has a mojito in one hand and his grapes in the other.

“He could stay naked for the whole time he’s in here if it were up to me.”

There is time for just one more arrival.  Sinister music plays.  The sky suddenly clouds over.  The birds drop dead from the trees.

A middle-aged, stage five clinger must be approaching.

Abby is not impressed because she thinks Jamie is too intense.  Yeah. Pot. Kettle.

None of the boys seem overly concerned because at 40, Jamie is literally old enough to have fathered Abby,  at a stretch Ciarran,  and nobody thinks the old guy is a threat.  Besides, most of them know the shit that comes out of his mouth as well.

Conga Brittney is befriending Timmmm and telling him about her love life, which includes never having been asked on a date once on her previous two outings of the franchise.  It’s just a reflection of her real life:

“Yeah, I do property inspections and I found a dead body on Valentine’s Day.”

This girl needs a god-damned rose.

Instead. Osher shows up with a date card.  It has Timmmm’s name on it, but there’s a catch.  It’s a two-on-one date.  Timmmm has to pick two girls to take with him.

“That’s easy, “ he says.  “I’ll take Britt and Brittney.”  Easy because it saves him having to remember anyone else’s name.

“I’m so excited!” squeals Conga Brittney who bounces around so much I think there is a slight nip-slip in her bikini top. “But I’m not really into pornogamy.”

And just like that someone has finally come up with a name for the genre.

But that’s not the only trick Osher has up his sleeve; he has something that has never been considered in Bachelor history – food.  Not just a cheese platter, but food.  Welcome to the joy that is the Bula Banquet!

Osher has been doing his research in COVID isolation by binge-watching Married at First Sight and he has realised that nothing paves the way to true love more than getting all the people around the table, plying them with yet more alcohol and passing around a box of questions written anonymously.  Sheer romance genius.

This reveals a lot of things.  Mary likes Glen.  Helena likes Glen. Mary is not fond of trigonometry:

Then there is a question clearly written by 40- year-old Jamie:

“To the young ladies at the table, if an eligible gentleman of a certain physique and of certain means was to present himself and offer his hand, what is the oldest fellow you would contemplate.”

Not that anyone knew who wrote the question, but the girls topped out at 38. Oh dear.

The camera cuts to Cassandra, whose hair to body ratio makes her look like a Bratz doll.

“I’m not one to cause drama,” she claims, before immediately starting drama.

So it turns out she is friends with Ciarran’s ex, Renee, who was also a contestant on Matt Agnew’s Bachelor with Cassie.  (Seriously people.  There is a deeper dating pool out there.  Try Tinder.)

After forcing Ciarran to confess that he was a cheater and a dumper, she then decides that even though it she is friends with the ex, it’s everyone for themselves and besides, Abby likes Ciarran and what better reason to make a play for him?

Everyone is on their fifty-seventh cocktail of the day, and Cassandra’s tiny body has had enough.

There is silence, but for crickets, while everybody is suddenly suspicious of  Cassie’s true motives for being here.

Ciarran, undeterred, invites her down to a secluded daybed where he make her pop his cork, a task for which her puny little arms are clearly unsuited.

There is much flirting, but no hanky panky and they return to the party.

But all that sexy flirting has left Ciarran with a bunch of grapes needing to be pummelled into wine, and there is just one girl there up to the challenge – Abby…

And that, folks, needs to be continued….