An astrophysicist! Wow the producer who came up with that was really on to something…

“Hey guys.  Let’s round up all the incredibly good-looking astrophysicists in Australia and get him to be our Bachelor.”

And yet, I enter this season with a little trepidation.

Is an astrophysicist really the best choice for a long term relationship?  I mean in the beginning they have all the boyish good looks and charm of Eddie Redmayne, but one day you wake up and you’re sharing a bed with Stephen Hawking.

I can speak of this with some sort of authority.  OK, so I’m not technically married to an astrophysicist, just a high school physics teacher who owns a telescope.  But when we first started dating, I almost got bored with how many times people told me that Mark looked like Mel Gibson (when Mel Gibson was raging in the Aussie outback as Mad Max, not when he was old and drunk and ranting anti-semitic rubbish in a seedy hotel room).  These days my husband doesn’t get mistaken for Mel anymore, but he’s a dead ringer for Mick Molloy.

And I tell you what.  You can dress them up in a suit and they scrub up pretty well, but you just know that at home they have a sleeping bag onesie they bought at Aldi – allegedly for warmth on those cold nights conducting field work with the astro brethren, but if that is the case, why I have I ever seen it? 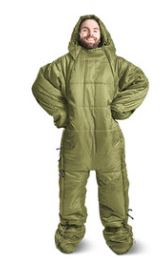 Anyway, I digress.  Our new Bachelor is astrophysicist Matt Agnew.  He is so smart that he hopes can actually afford to lose a few brain cells by immersing himself in a pool of social media wannabes, but I’m concerned.  He says that he has decided on The Bachelor path because as an astrophysicist, he draws conclusions based on evidence and the franchise had proven successful in making lasting relationships – which is OK if you consider Sam and Snez, Matty J and Laura and Georgia Love and Lee, but absolutely crap data if you consider Sam Frost, Blake Garvey, Richie Strachan and Alex Nation, Sophie Monk, anyone who ever landed on the Bachelor in Paradise – and the fricken Honey Badger!

Still, he is a cool blend of good looks, charm, humour and just the right splattering of mild expletives. 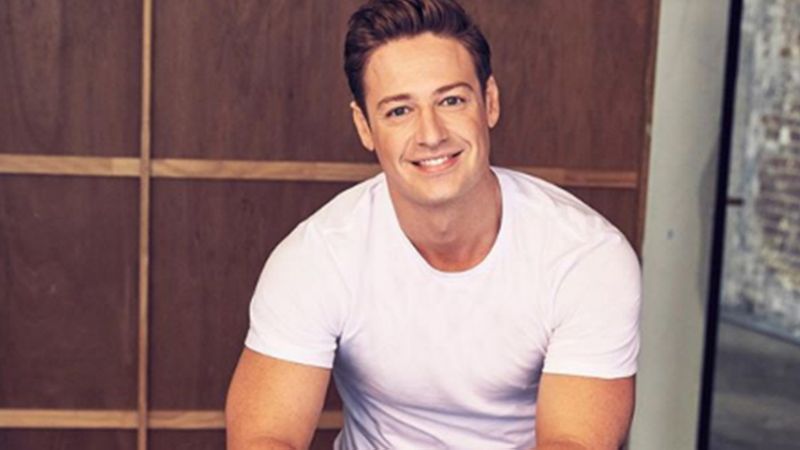 He is wearing a suit…that appears to fit properly, and I bet if we panned down to his feet, he would be wearing socks – possibly sensible socks with a knitted arch-support (it’s physics).

And the poor bloke is about to be eaten alive.

I’m not going to go through all of the women who hop out of the limo tardis tonight, because let’s face it, half of them will be gone before we ever learn their names anyway.  If you wan’t to see all their stupid gimmicks, that’s why they invented tenplay.

First to arrive is Helena.  We know that this means she will be around for a while, plus she’s blonde, so it’s almost a given that she’ll make it to final four.  We like her because her only gimmick is a smoking hot white dress and the ability to articulate with some sort of exotic accent.

Chelsea is a chemical engineer who has brought a temporary tattoo of the oxytocin molecule – the love hormone.  I love that Chelsea brought this along expecting that The Bachelor would not understand anything she was talking about.

Abbie.  If you are any sort of student of The Bachelor, you would have seen her by now.  She’s been in the promos for weeks telling Matt she’s a Gemini in response to learning he’s an astrophysicist.  I don’t buy it though.  She seems too articulate to be so stupid and I reckon she’s being flity-cute.

Nicole.  Enter the VILLAIN.  She ‘s from the Gold Coast, and does nothing to dispel that region’s reputation for vanity, arrogance and vapidity.  Would not be surprised if her Gold Coast crew includes MAFS alum Jess and Ines and her hobbies involve gate-crashing the Logies and manhandling David Koch (eww!).  She knows how good looking she is because people just follow her around to film her on their Snapchats, which sounds a little bit illegal, but who am I to comment ?

Vakoo.  At least I think her name is Vakoo.  I’m not convinced that her name really is Vakoo, because she is filmed in the limo rehearsing her name over and over again.  She also seems to think that sheis starring in one of those blacksploitation films from the 1970’s: “Once you’ve had black, you won’t go back!”

Emma.  Two words. BIOLOGICAL CLOCK. And is it just me, or does she look a little like crazy Brittney from last season’s Bachelor and BIP?

Sagan.  I just want her to get to the home town visits because you just know she’s going to have a tribe of Persian brothers who will make Matt squirm.

Ellie.  Cute. Blonde. Bogan From Parkes where they have a really big astrophysicist magnet.  First person ever to drag a Bachelor from the red carpet and force-feed him heart-shaped marshmallows cooked over a fire she LIT HERSELF.  If this gig doesn’t pan out, she’s a sure thing for Australian Survivor.

Kristin. Loves China.  Me too.  I now have two complete dinner sets which are only allowed to be used when people come over.

Rachael.  Definitely here only to get her mug on tellie.  Arrives in bridal regalia complete with bridesmaid and OMG Osher…how is this even allowed?  Matt shows more interest in the bridesmaid than the bride, and immediately Rachael dispatches an assassination team to deal with her.  Obviously in the house to cause conflict. Let’s just hope she is kicked out before her lips explode, because that would be CARNAGE!

Finally there are twenty women assembled for the cocktail party.  Shortly Osher arrives and he’s gone all Willy Wonka on us and introduces the GOLDEN TICKET.  There’s one girl (I think her name is Sophie) who is all dressed in (hideous) orange and several with bad fake tans look a little like Oompa Loompas, so Osher had better hope that the executors of the Roald Dahl estate aren’t watching.  The recipient of the Golden Ticket gets to spend a one-on-one date with Matt in his home “town” Melbourne, while the rest of them get sucked into a chocolate river and expelled from the mansion…

…well, at least the first bit is right.

So the cocktail party is a frantic mix of women stealing time, getting drunk, trying to pronounce “astrophysicist”, making weird allusions to chocolate cake and bitching about one another. Situation normal.

Needless to say, Ellie gets the Golden Ticket.

And then there is a rose ceremony.  Sophie the Oompa Loompa and some chick named Keeley get the boot. Plenty of chicks, and some dead-set lunatics left, and the trailer tempts us to return with the inclusion of eight extra girls tomorrow.