I’m not surprised that he’s not prepared to show his face after that whole Charlie fiasco.

Instead, Ali is forced to walk alone along a beach at dawn, pretending her swimsuit is practical for diving into a salt water pool at Bondi, and by the lack of the expected under water footage, I’m betting it’s not. 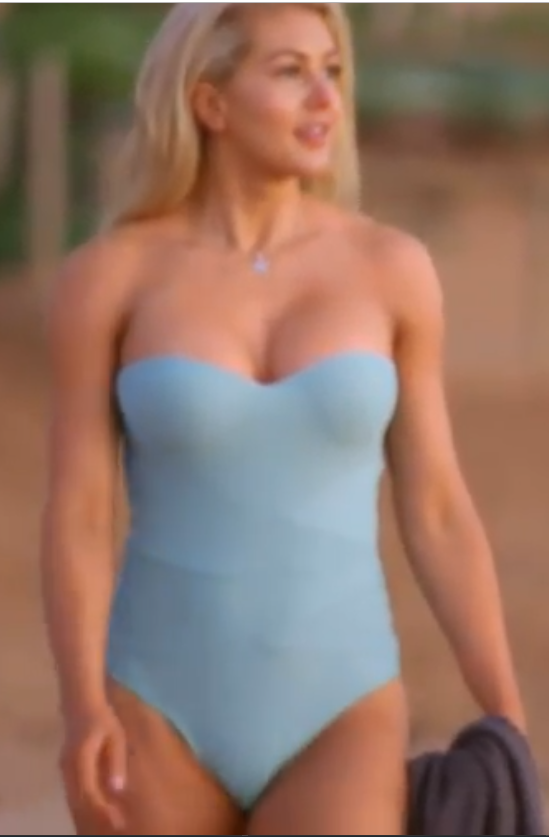 There are three final dates left and Todd is up first.  She loves Todd (don’t we all?) but she’s not sure about his timeline.

What she does know about are two of Todd’s great loves:

She adds to the experience by picking him up in a horse-drawn carriage that takes them to a country manor where two people are attacking each other with pointy weapons.

“Actually, they’re fencing,” corrects Ali.  “It was a stage of training for medieval knights.

Oh my God.  Ali thought my knight suit was REAL!

Ali knows his costume wasn’t real, but she has used it to fashion a date where there are heaps of references to poking one another and protecting the “baby-makers”. There is some sort of competition where Todd pokes Ali in her abdomen, and in her armpit and in the buttock region, and thankfully he was using his foil and not his baby-maker because that would have been an epic fail.

Soon it’s time for the evening date and Todd is standing tall and confident.  He’s not even afraid when Ali turns up in a wedding dress. Todd tells Ali how he wants to be a policeman and that that will take a couple of years and that he won’t be ready for marriage before then because he won’t be in a position to provide for a family.

It’s almost like Todd doesn’t know that one can make a tidy income through Instagram endorsements and flogging off baby photos to New Idea.

Todd knows that there are obstacles.  All fairy-tales have obstacles.

Yes, Todd. But this isn’t like you only have to perform CPR on a dead Snow White because those seven useless body guards couldn’t find one fucking needle in one fucking apple.

You are competing against Al’s body clock.  And it’s not like her body clock is a $15 Casio from K-mart; it’s an enormous grandfather clock that has a cuckoo flying out of it’s face EVERY. FRICKEN. HOUR.

Next day and Ali is off to meet Taite.

“I’m literally peeing myself,” she says about her excitement to reunite with Taite.

I’ve literally had dogs react the same way when they see me. Ali says she can’t describe how she feels about seeing Taite again, but she literally just did, albeit metaphorically.

She’s taking him to an outdoor obstacle centre so that they can learn how to overcome life’s obstacles. Oh how I wish that someone had thought to give me such training! Just this week alone I was confronted by a ropes course that some bastard had strung up between my staffroom and my classroom, and I was forced into one of those commando tyre runs on the way to parade.

Those obstacles conquered, night has come and they are walking hand-in-hand across a field.

“I’m in my swimmers, wearing a robe,” explains Taite.  “I have no idea what’s going to happen next.”

Taite is doing nothing to dispel the myth that pretty and brains don’t mix.  Of course there is a strategically placed jacuzzi in the middle of a sheep paddock.

Soon Ali and Taite are immersed.  It’s an appropriate metaphor because Taite is DROWNING.  He’s on that narrative about how he can’t say he loves her because there are other men in the mix, and I am very concerned because Charlie said the same things, and I am not unconvinced that Taite has a permanent kink in his neck that prevents him from making eye-contact in intimate relationships.

Thankfully, there is a final date with Bill.

“How have you been?”

The limo arrives just in time, but it’s a really boring date where they drive around in the limo all afternoon while Bill goes on about how wonderful they are together, oblivious to body language as Ali does little vomits into her champagne glass.

Ali couldn’t even be bothered changing clothes before they sit down for cheese and crackers.

“One thing that has been on  mind is Amy,” Ali says.  “I felt attacked by her, and I asked if she had dated you.”

“I’ve BEEN with her, but I’ve never dated her,” says Bill.

When they made the Bill-doll, they definitely forgot to put the brain in.

Finally we are back at the mansion and Osher decides to make an appearance, but you can tell his heart isn’t in t anymore, because he tells a bald-face lie.

“Gentlemen, there are three roses left.  Ali has a big decision to make.  It has never been more difficult.”

Yet we just saw Ali applying her Maybelline and saying that he choice had never been clearer. “Todd.  Will you accept this rose?”

And of course he does and we are happy because he is lovely, even if he can’t win.

Bill’s OK with this because he has done everything her needs to do.

Let’s put this thing to bed: he thinks.

“Taite.  Will you accept this rose?
And that’s it.  We have our final two. Bill is confused.  He wants to know if there is anything specific that could have made a difference.  Here’s a couple:

There’s your Uber, Bill.  Sorry it’s not a campervan so you could put this thing to bed. 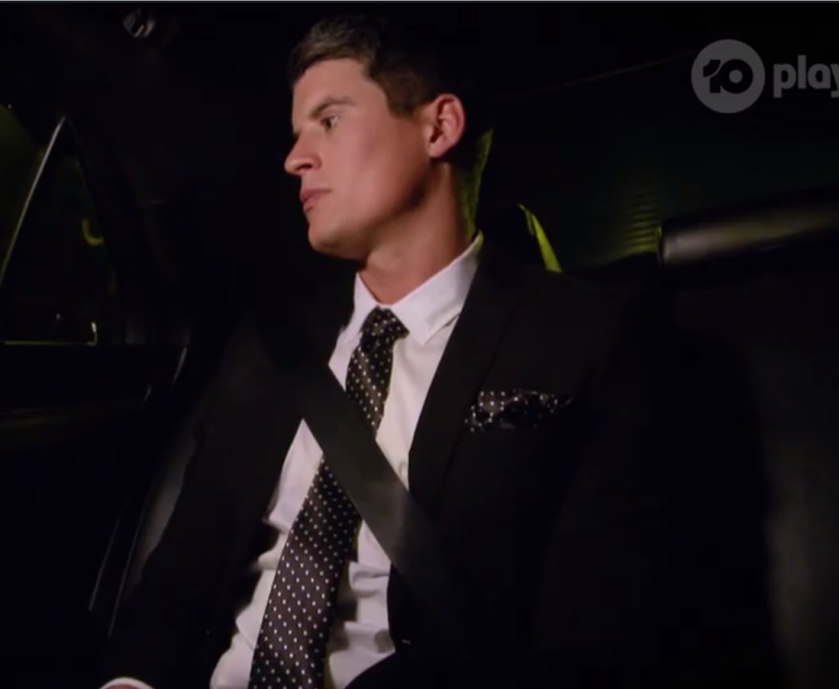