I have hardly been able to contain myself for the past twenty-four hours, having to endure the cliff hanger from last episode. Thankfully we aren’t kept in the dark for too long.

The episode opens where we left off, with Matty looking nauseous and clammy, seemingly burdened down by the weight of counting roses and how many he has given out and how many he has to go. Before he physically vomits all over the remaining blooms, he decides it’s time to take Sian outside for a little chat.

Outside chats mid rose ceremony never bode well for the chat-ee, and so it goes here. Basically, Matty tells Sian that she was right in her decision to leave; there was no spark and there was never going to be.

“Righto,” says Sian and she’s off clomping down the driveway before she remembers that she has to make her departure to camera and mutter on about regrets. She says she regrets that she didn’t have more time to show more of her true self, and we are only left to wonder how truly psychopathic that could have been.

Meanwhile, Osher seizes the opportunity for a little more screen time and jumps at the chance to come in and break the sad news about Sian’s demise. The girls react like a row of sideshow clowns waiting to have balls shoved in their mouths. 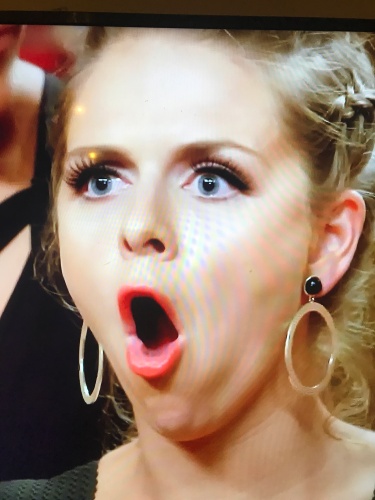 Yeah right. Like her going home was such a shock.

Matty soon re-appears to lay down the law.

“I’m not some puppet who’s being told what to do,” he says, almost like he’s serious. He reckons he picks who he goes on dates with and who stays and who goes. But that doesn’t explain why Natalie is still there. She has not said a word in four episodes and we all just know she’s the novelty act.

…but the next morning they are all still there. The show has broken the one rule it operates under.

Well, she’s kind of lucky. While both Elora and Laura got to lounge about on yachts, Tara gets to look at a few bobbing about in the harbour, before Matty rocks up with his chosen mode of transport – a tandem bicycle.

Tara hasn’t ridden a bike in years, but you know what they say about riding a bicycle, right? It isn’t true. Tara spends so much time screaming, that I can’t decide whether she is fearing for her life, or Matty has installed a vibrating bicycle seat.

It’s not long before Matty realises that the tandem bike was a bad idea. He says it’s because he figured that it’s not good to go on a date on any sort of apparatus where you can’t face one another, but his bleeding eardrums probably played a part as well.

Instead they retreat to a kitchen where they are going to cook up an Italian feast. It’s not long before they are kneading pasta and then only a little while later, Tara is kneading Matty’s buns. So impressed is she with her potential beau’s derriere, that she drops the word ‘arse’ no less than sixty-seven times.

Back at the house, a group date card has arrived. Sharlene reads the message: “Falling in love is easy. The hard part is staying on the ground.”

In turn each of the girls virtually explode with excitement: Leah, Elise, Laura, Elora, Natalie (a sure sign she’s going home) and Simone.

Make that SiMOAN. At the mere speculation that the date involves travelling higher than an aerobic step, she decides she isn’t up for it.

“I don’t like ‘ights. I’m not doin’ that,” she complains, pulling a face like she’s eaten a shit sandwich, and prompting the other girls to express their disgust at her ingratitude.

Meanwhile, Matty and Tara are sitting on a couch and they are…eating a meal! Not just sitting next to one, but eating it, and it has carbs and saturated fats and everything! And once Tara has some food in her belly, she reveals her more serious side.

Matty asks why she split with her previous partner. Apparently, it was a combination of his lack of desire to move to the Gold Coast and his not liking her jumping around in front of the television while he was trying to watch it.

That last one was an absolute deal breaker.

Tara talks and talks, so to shut her up, Matty grabs her and kisses her, and gives her a rose and decides that he’s in love with her, and that does not bode well for the remaining brunettes (ie. Natalie).

The next day, the chosen ones are off for their group date. Their convoy of vehicles eventually turns into a driveway with signage saying “Sydney Skydiving Centre”.

“I think this date might be skydiving!” says one of the brighter ones.

This revelation sends SiMOAN into apoplexy, and she has forgotten to pack one Bachelor contestant essential: waterproof mascara. There she stands all racoon-eyed; a sobbing runny-nosed mess. 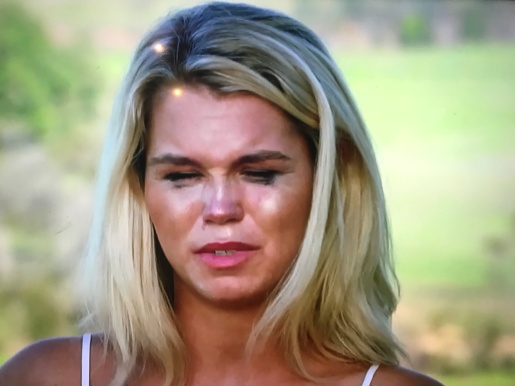 “Look at all them little propeller planes!” she cries. “I carnt do it. I carnt!

Someone should tell her it’s propeller planes without any propellers that she should really be worried about.

It’s pretty clear that Matty hasn’t thought this date through either. He’s got six women all strapped to other men, and he has managed to strap himself to a bear of a bloke who looks to be enjoying the experience in a way that is more than professional.

After putting up with SiMOAN’s whinging for fourteen thousand feet, the rest of the girls are only too willing to throw themselves out of the plane; most of them would even do it without a parachute.

“And then there were only two of us left in the plane,” narrates Matty, whose skills at rose counting have not translated into counting people. Maybe the brief incidental camera exposure of the two men strapped to their backs doesn’t count them as real humans, but I’d like to think the pilot is still on board as well.

Of course, SiMOAN regains her composure, and realises that she’s put on just enough of a scene to ensure that she has all the attention. Next minute she has hurled herself out of the plane and floated down to earth like a little English butterfly.

Osher has been off studying for his sky dive adjudication licence.

“That was fantastic!” he says clapping his hands enthusiastically. “From down here, that looked great.”

And after a whole lot of blah, it’s cocktail party again. The theme for the evening is “Turn your Grannie’s Tablecloths into a Cocktail Frock.” Let this one be noted for the realisation that really hot Dutch girls can pick really disgusting outfits and sit around splay-legged like a tradie tucking into a Four ‘n’ Twenty at smoko. Despite this, Matty soon arrives and still picks Florence for a chat in the secret garden. 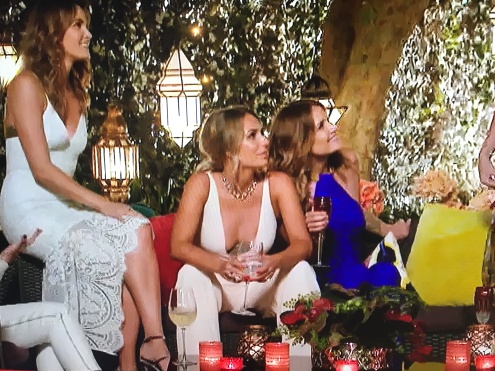 When they return, Elise can’t wait to take Matty fishing in the pool for some titbits of her life, and we finally find out her second thing. She used to play hockey for Australia and she presents him with a dollar coin that she used to keep shoved down her sweaty sock. Matty is impressed with all the trouble Elise has gone to, smuggling that fishing rod and little floral floating islands into the house and all, but other girls await.

Because most of the blondes look the same when they are dressed up, he just grabs the one with the skimpiest outfit, which turns out to be Steph, and not Michelle, which irritates Matty-minute-measurer Sharlene, who decides Michelle must interrupt.

What ensues is a little like the app game Flight Control, where your job is to manoeuvre a heap of circling planes on to the runway, using your finger to divert planes about to crash into one another. In this version, however, bachelorettes make a bee-line for Matty, only to be called out as queue-jumpers, thereby diverting their paths to the day beds for some bitching about entitlements. And while this is going on, Jen walks straight past the lot of them and brings her jumbo in for landing.

Oh, I could watch this all night. Zzzzzzzzz.

Thankfully it’s rose ceremony time. It’s hardly very suspenseful and when Michelle and Natalie end up in the final two, the crazy brunette’s fate is sealed.

“Thanks so much for being here,” says Matty, who clearly can’t even remember Natalie’s name and can’t even fake any semblance of an emotional farewell.

Coz, he’s no puppet, and no-one tells him when to soften a blow or not.